Illustration for Mvgr3's album, 'La fuga de isla dramita' (Escape from Drama Island). The album was released together with a little zine featuring illustrations inspired by the music.

I was assigned to illustrate 'Isla dramita', a song that talks about when someone you love doesn't love you back. Inmediatly this made me think of the unhealthy relationship we have with social networks. I designed a comic like composition where a girl whines about not getting the feedback she'd expect from her posts and compares herself to other people. You can see some of my initial sketches below and listen to the song here. 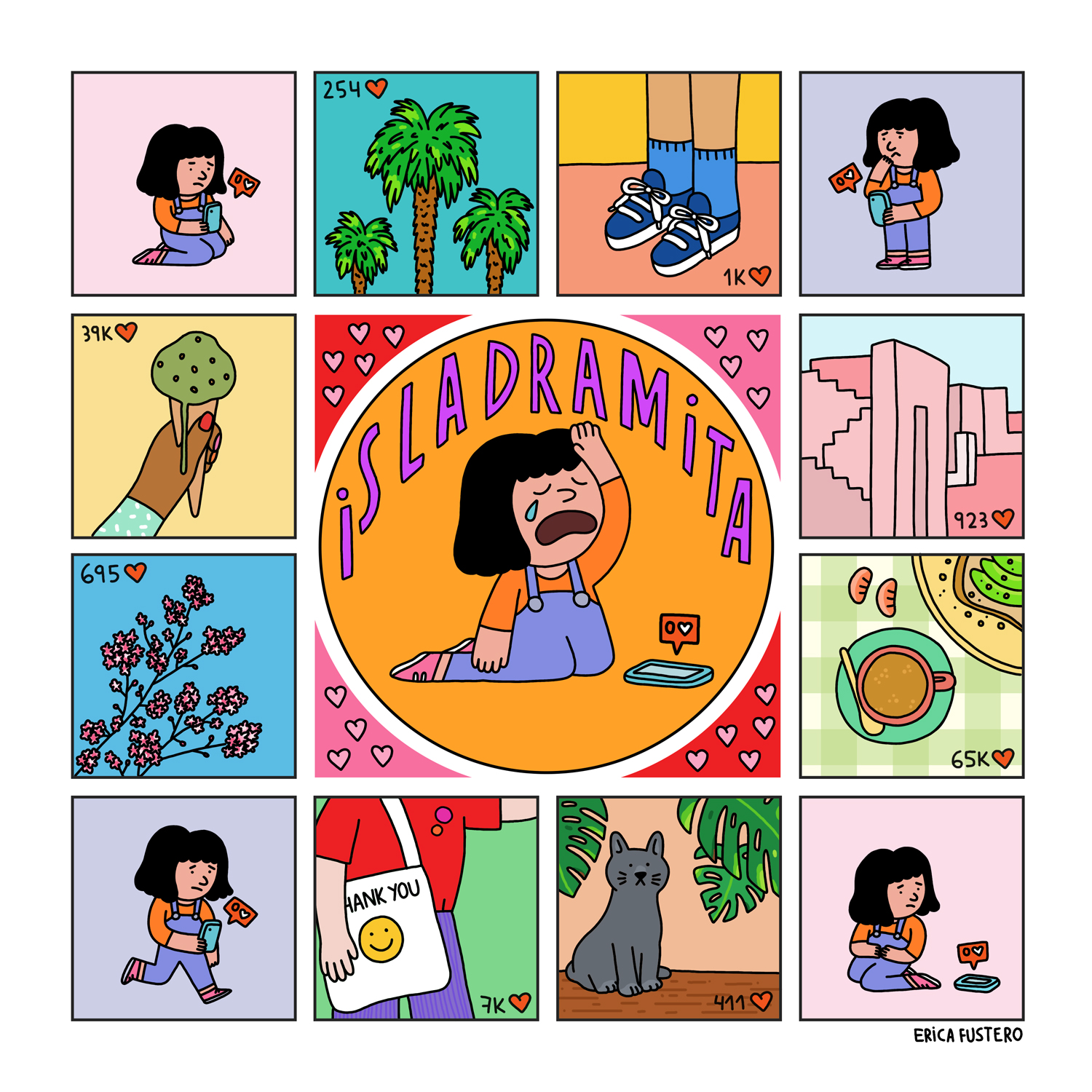 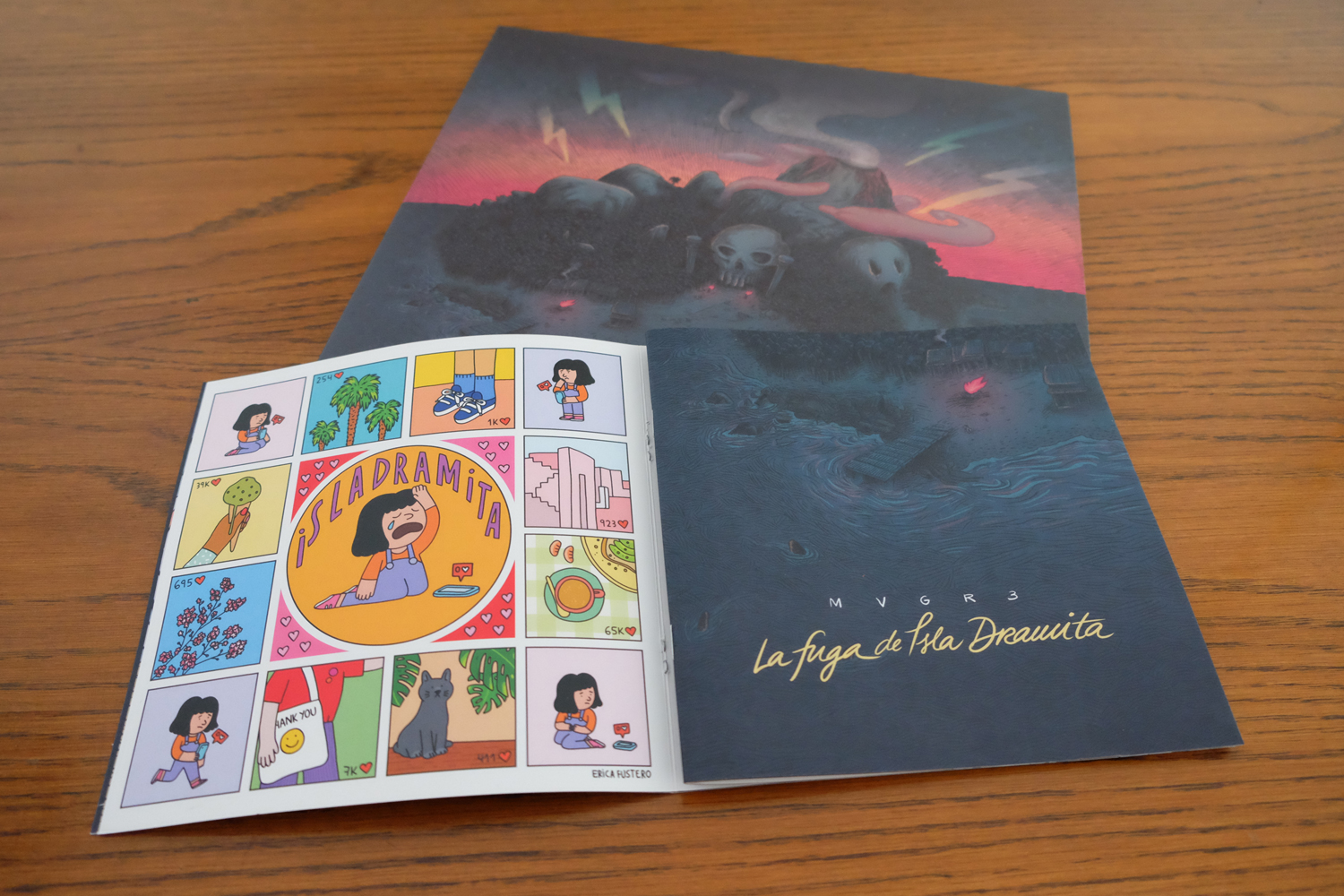